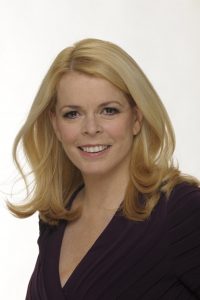 Webinar: Running For School Board

Webinar: Running For School Board

Reclaim says enough is enough—it’s time to get on school boards and steer schools in the right direction – to ensure a quality education for your children. Issues regarding, budgets, services, mandates, and educational outcomes can best be addressed by joining the governing board.

In the past few months, parents have been subjected to increasingly hostile behavior from their school boards including an effort by the Attorney General of the United States and left wing groups who want to stifle discussion and dissent.

On November 16, 2021, Reclaim will hold a webinar hosted by former New York State Lieutenant Governor Betsy McCaughey, featuring a practical step by step hands on guide for running for your local school board and taking back education from bureaucrats to where it belongs – with parents.

Over the past six months Reclaim has engaged in several surveys of concerned citizens in New York State. The Surveys were a resounding success in terms of learning more about Reclaim's base and how Reclaim can help New Yorkers make their government more transparent and accountable. Thank you!

The surveys yielded an above average level of input, attention, engagement, and activism compared to other groups and not for profit organizations. In addition, given the unusually high numbers of Reclaimers who stated that they are registered to vote, it appears that Reclaim New York represents one of the larger, most dedicated voting blocks in the State.

On behalf of all of us at Reclaim, thank you.

We love New York, but our politicians won't police themselves. Albany politicians believe that government knows best and their friends come first. They're robbing us of our families, our finances, and our future. Their belief in the politics of envy will be the death of New York.

Somebody must stop this socialist slide, protect the taxpayer, and fight for the basic freedoms that made New York the Empire State. That somebody is Reclaim and the battle has begun.

Reclaim New York is a non-partisan, 501c3 non-profit organization that empowers freedom-minded citizens to understand the real story behind state and local policy.